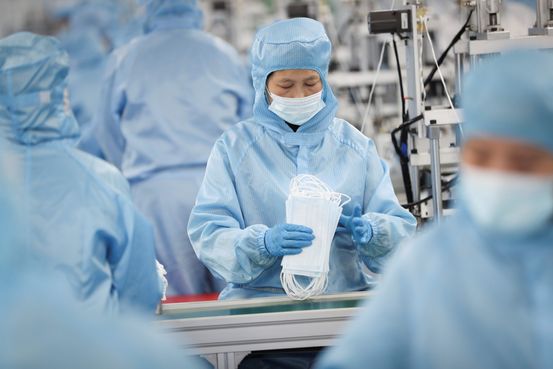 BEIJING – China’s economy grew 2.3 percent in 2020, reversing a historic contraction in the early months of this year and becoming the only major global economy to grow in a year of widespread destruction.

China’s growth has increased, even as the world struggles to contain a deadly virus that has killed more than two million people, leading to a massive defeat of the corona virus in its territory. It has highlighted the country’s success and strengthened its position as Asia’s dominant economy.

China’s economy, the world’s second-largest, ended the year on a high note. Gross domestic product grew 6.5 percent in the fourth quarter from a year earlier, according to data released Monday by the National Bureau of Statistics.

The results are at the forefront of expectations. Economists polled by the Wall Street Journal expect 6% in the fourth quarter and 2.2% for the full year.

In contrast, after experiencing a historic 6.8% contraction in the first year, China’s GDP grew 3.2% and 4.9% in the second and third quarters of the year, respectively.