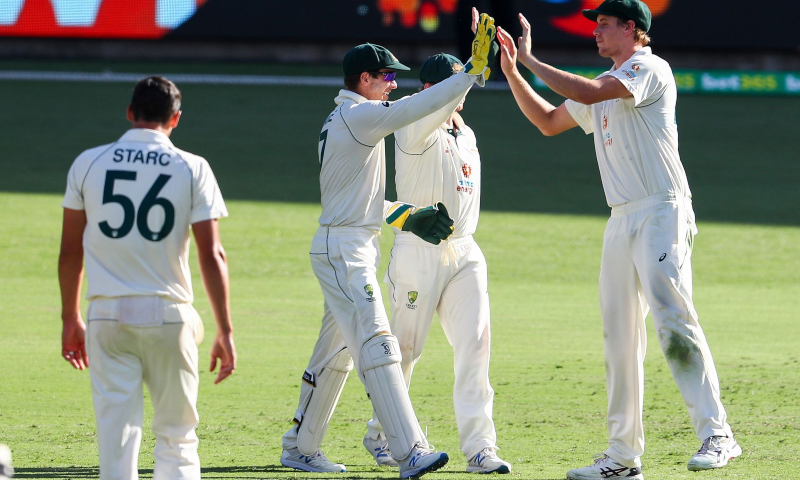 India reached 253 on the rooftop at tea on the third day of the decisive fourth Test of the series against Australia in Gabba on Sunday.

Sundar and Thakur were in dire straits with India scoring 186 for six but refused to take part in the unbeaten 67-run partnership and help India get close to saving the Test.

India beat Australia by 116 runs in the first innings, but without Sundar and Thakur, they could have been much more difficult.

The duo broke the record for the seventh wicket partnership for India at the Gabba, defeating Kapil Dev and Manoj Prabhakar’s final number of 58 in 1991.

The series is tied at 1-1, India only need to draw the fourth Test to retain the Border Gavaskar Trophy and with rain forecast on Monday and Tuesday, the fight between Sundar and Thakur made this possibility even more likely. Has given

India started the second session at 161 for four with dangerous Manik Agrawal and Rishbha Pant on the crease.

But both Agrawal and Pant were shot.

Agarwal was again dismissed for 38 after a collision on a wide delivery off Pete Cummins’ second ball, caught on Steve Smith’s second slip, and Pant did the same with Josh Hazelwood, Cameron Green for just 23. Were caught on the ball.

At this stage Australia were in command of the Tests but experts Sundar and Thakur, playing their second Test just two years after their first Test, had other ideas and they used a combination of solid defensive and charming stroke-making to bowl attack. Refused

Earlier, Mitchell Starc claimed to have taken the crucial wicket of Ajinkya Rahane 20 minutes before lunch as the Australian team tried to put pressure on India and then most of the charming opening session was controlled by the spectators. I was.

The Indian captain, 37, threw hatred on his head in the style of his dismissal before Trending.

He could have fallen twice in the same way in the first 30 minutes, but on these occasions the ball flew through the empty third slip area to the third man boundary.

India started the morning extended session at 62 for two, with Cheteshwar Pujara and Rahane at the crease.

The two men were seen clashing on the scoreboard on Saturday afternoon, where they wanted to stay alive.

He saw Stark and Pat Cummins but Josh Hazelwood was involved in the attack and he put on a stellar performance that led to Pujara’s demise.

Hazelwood got into trouble with Pujara when a small ball tried to avoid him but his ball hit his glove and he was trapped in the street by Cameron Green.

But after the delivery of two, Hazelwood got the ball at an angle, then straightened a little to catch the outer edge of Pujara’s bat and Australian captain and wicketkeeper Tim Penn took the usual catch.