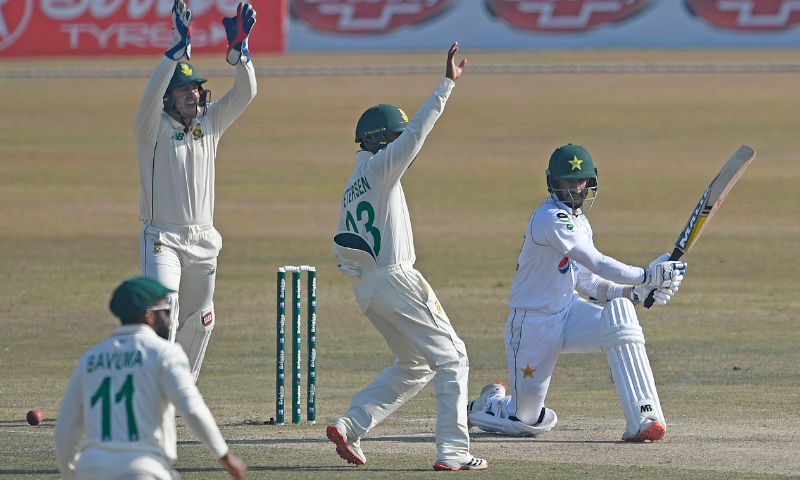 Pakistan were bowled out for 298 in their second innings to win the second Test in the fourth day’s play in Rawalpindi on Sunday.

Resuming Pakistan’s lead from 129-6, wicketkeeper-batsman Mohammad Rizwan extended his unbeaten innings of 115 and extended the home team’s night lead from 200 to 369.

Since the start of the day’s play, the hosts had added 88 runs for the loss of Hassan Ali (five) and Yasir Shah (23) and left-arm spinners Maharaj and Linde shared wickets.

In the sixth over of the day, when he was already trapped before the leg, Hassan had to go first, but Yasir put Rizwan in a 53-run stand for the eighth wicket.

Linde, who took Yasir out of his own bowling when the batsman was on 15, was finally caught by wicketkeeper Quetin de Kock to break the stand.

Pakistan has taken a 1-0 lead in the two-match series after winning the first Test in Karachi by seven wickets.