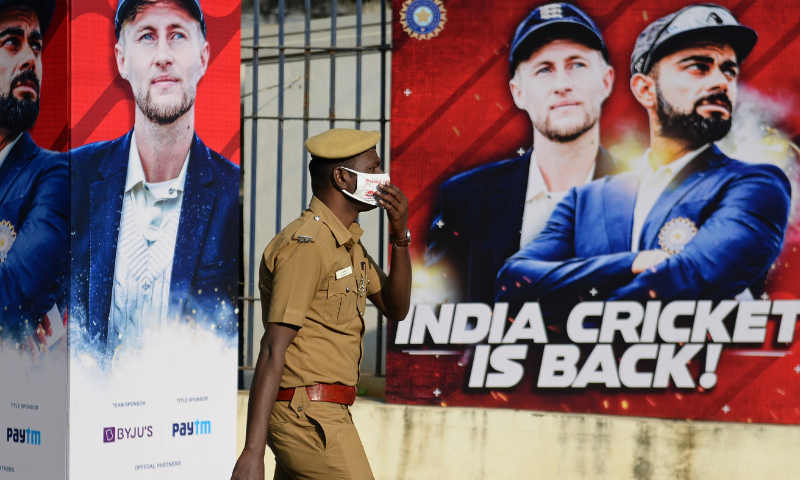 Joe Root hit a magnificent six to become the first player to score a double century in his 100th Test when England scored 454 for four at tea on the second day of the opening Test against India on Saturday.

Root, who specializes in Indian spinners, extended his golden run after scoring 228 and 186 in last month’s Test win over Sri Lanka. He has now scored five Test double centuries.

His most notable feat came after a quick 82 from Ben Stokes. The duo scored 124 for the fourth wicket on a batting pitch.

The wicket was the only bulp in England’s batting attack which resumed at three for 263 runs.

Fast bowler Jaspreet Bumra took two wickets for 87 runs in the last over of the day on Friday, including Dom Sibley.

England and India will play four Tests in the series.