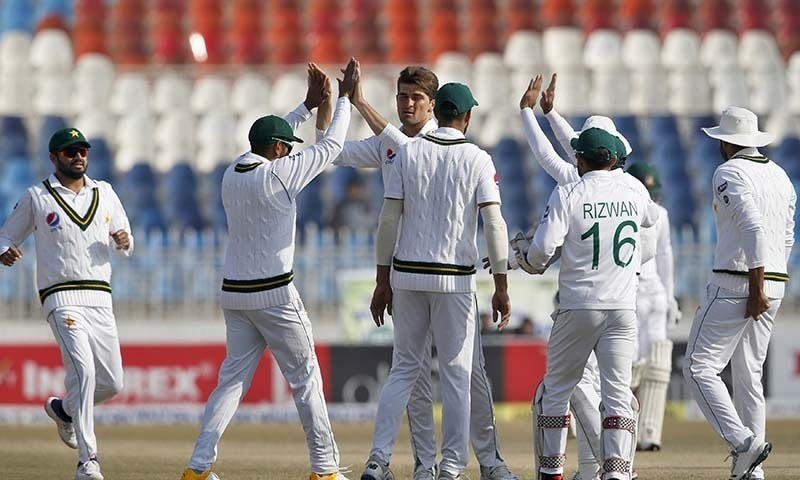 The Pakistan Cricket Board (PCB) has rewarded nine players for their “outstanding performance” in domestic cricket by including them in the 20-member squad for the next two Test series against South Africa, a press release said on Friday. ۔

Wasim Khan, Chief Executive Officer of the PCB, was quoted as saying, “This is the reward for their consistent performance, hard work and perseverance during a difficult season played under strict Code 19 protocol.”

“It is also a confirmation that domestic cricket will be valued and respected, and that it will continue to be an important milestone for international cricket. It will have to be demonstrated. The selectors will get permission from the expected level. ”

Fast bowler Hassan Ali has also returned to the Test squad after a gap of two years. Hassan shone in the Quaid-e-Azam Trophy, where he was awarded the Player of the Final and Tournament. In the Quaid-e-Azam Trophy match, Hassan took 43 wickets and scored 273 runs. His last appearance in a Test match was against South Africa in Johannesburg.

Meanwhile, Haris Sohail, Muhammad Abbas, Shaun Masood and Zafar Gohar were eliminated from the tournament. The first three have been sent to the National High Performance Center to “work on their technical flaws with highly qualified coaches.” Gohar, who was pursuing a career in Christchurch earlier this month, said “both red and white are part of the selectors’ long-term plans in ball cricket” and work with coaches at the National High Performance Center. Will

Fast bowler Ler Naseem Shah was not considered for selection after he complained of swallowing in his hamstring.

The 20-member contingent will be isolated in a geo-safe bubble from January 19 and will be limited to 16 members, the press release said.

Pakistan will play the first Test against South Africa in Karachi from January 26 and the second in Rawalpindi from February 4. Later, the two teams will play a series of three Twenty20 matches in Lahore from February 11 to 14.

South Africa is visiting Pakistan after a long period of 14 years.