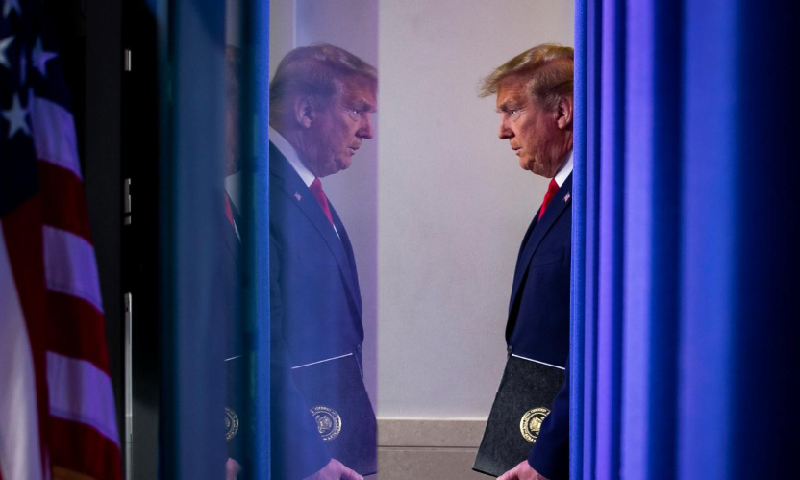 Online platforms and social media companies are taking action against those who encourage or engage in violence in Washington DC.

YouTube said in a statement that Trump’s channel has been barred from uploading new videos or live streams for at least seven days, which could be expanded.

The company has also disqualified indefinite comments under the video on the channel.

The company said the suspension of Trump’s channel came after comments he made at a news conference, which was broadcast on the platform on Tuesday morning.

YouTube’s action against the president has come at the behest of US civil rights groups Reuters That they are ready to boycott an ad against the company if it does not remove Trump’s channel.

Trump, who has challenged the veracity of Biden’s victory without providing evidence, initially praised his supporters but later condemned the violence.

Lawmakers were forced to evacuate as protesters stormed the building, disrupting security forces. The violence killed five people, including a capital police officer.