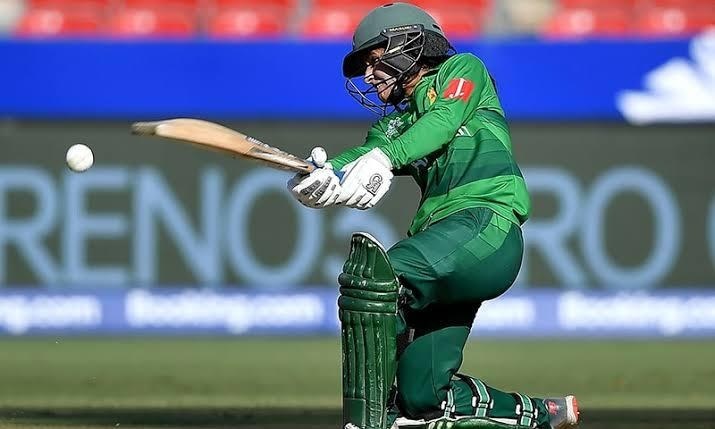 KARACHI: Pakistan women’s cricket team captain Jawariya Khan said that the players are excited to return to the field after 10 months.

She was speaking to the media online on Saturday before the team left for South Africa.

Talking about the training camp and practice, he said: “We had our own training camp at the National Stadium where we trained hard and played competitive games.

“Two players are returning after a long absence. Kainat Imtiaz and Ayesha Zafar are both in good touch. Our series against South Africa is important because we have been playing for a long time and it will help us prepare for it. [2022 World Cup] Qualifying Round When we go into the qualifying round, we will have a much better idea of ​​the right team. Our youngsters also hope that by playing this series they will absorb the pressure in international cricket.

When asked about her captaincy challenges, the jury said it would do its best.

It is always a great honor to lead someone’s country and I will do my best to carry out my duties. I will try to make all the girls have a better mind so that they can perform better. In my opinion, captaincy does not bring any more pressure. Instead, it gives you more responsibility, which I think everyone should enjoy. ”

Comparing the way the current head coach works with former coaches, Jairia said he is focused on looking ahead.

“I don’t think about the past and I want to talk about today’s coaching,” he said. It’s been three months since David Hamp joined us. His thinking revolves around the idea of ​​helping us play modern cricket. “And they want us to be in the top four in the international rankings for which they are preparing us,” the captain said.

He said the team was trying to cover all three departments instead of relying on anyone to win the game in South Africa.

According to him, the batsmen and bowlers had separate training sessions where they discussed the weak links of the South African line-up and how they could exploit them. He added that the team had practiced keeping in mind the weaknesses of South Africa.

In the absence of regular captain Bismillah Maroof from the team, the captain said that the team would definitely lose.

“We will definitely miss Bismillah because she is a leader in this field and she is doing very well in both the departments. On the other hand, it is a great opportunity for the youth to showcase their talents.

When asked to comment on the low number of players selected compared to the men’s team due to Code 19 issues, he said: “I think we have a lot of players because we Playing a short series in South Africa, the men’s team had to play Tests, ODIs and T20s, while we have to play only three ODIs and a maximum of T20 Internationals.

The jury has in the past been very sincere for the PSL type league for women cricketers.

When asked if the Pakistan Cricket Board (PCB) should now speed up the process that Cricket Australia (CA) has made for the Big Bash League for its women cricketers, he expressed hope that A women’s league will be formed soon.

“The PCB is keeping things in mind and waiting for a better pool of cricketers. The time is not far when we will have our own league for women cricketers,” she said.